The New Hagiography of Genia Chef

Genia Chef’s project “Dead House” is full of mysticism: in the year of the 400th jubilee of the establishment of the Romanov dynasty, he recreates the tragic place of death of the last Russian Tsar Nicholas II and his family.

As material, the artist has used photographs from the archive of the investigation file, as well as photos taken by the imprisoned crowned heads themselves.

On the command of Lenin, the entire family was brutally shot in the night between 16 - 17 July 1918, in a house belonging to the engineer Ipatiev, in Yekaterinburg. Based on scanty black-and-white photographs of the interiors, Genia Chef creates a three-dimensional model that allows the viewer, as in a terrible dream, to follow the route in which the doomed went to their deaths: from the living spaces to the basement, the place of execution.

The model-installation of the scene of the crime forms the central object of the exhibition, its magical epicenter. Walls painted in the colors of the residential interiors of the Winter Palace of the early 20th century are decorated with small paintings framed in dark mahogany. On canvasses and also on wood panels

are depictions of the unpretentious life of the detained Tsar`s family. Nicholas II, the 13-year-old heir to the throne Crown Prince Alexei, the Empress Alexandra, and the Grand Duchesses Olga, Tatiana, Maria and Anastasia. All are here. Somewhere behind them, or on the side of the viewer are the royal personal doctor Botkin, the maid Demidova, and the cook Kharitonov.

Genia Chef carefully recreates the images of the old photographs with his wonderful colors: ancient pigments, oils and varnishes skillfully mixed according to Medieval recipes. The meticulous technique of painting is the means to make up the loss: fixing here the events of the Tsar`s martyrdom for centuries to come. These oil paintings are destined to survive our time, our knowledge of the terrible massacre, and also the photos that will ultimately decay in the archives.

In the tradition of Russian Orthodox icon painting, much attention is paid to the worship of those who have suffered for the faith, and of the innocent slain. The rare subject Forty Martyrs of Sebaste is well known and respected in Russia. In this country they do not curse the regicides, but ask the innocent slain for remission and pray to Him for salvation and for help. The cult of the brutally murdered Tsarevich Dimitri, the 8-year-old son of Ivan the Terrible, who suffered from epilepsy, has become an important symbol of national unity in the Time of Troubles. In 1606, Prince Dimitri was canonized, and in his name many churches in Russia were built.

Similarly, in the 20th century the Tsar`s family, brutally murdered by the Bolsheviks, was secretly venerated, which eventually led to the fact that in Soviet times the family was canonized by the Russian Church Abroad. And in 2000, the Council of Bishops of the Russian Orthodox Church adopted the decision of canonization. After that, on the site of the Ipatiev House in Yekaterinburg, as well as in many cities across the country, there have been erected churches in honor of the "royal martyrs." And the remains extracted from an abandoned grave were, with all official honors, buried near the remains of Peter I and Catherine II in the Peter and Paul Cathedral of St. Petersburg. Today, people from the whole country bring offerings to the 13-year-old Prince Alexei, who suffered from hemophilia and was shot by the Bolsheviks in the basement in Yekaterinburg.

Genia Chef shows that the worship of the Тsar`s relics is not only associated with the traditional Orthodox veneration of icons. The contemporary artist is working with the energies of time and space, carefully directing them and focusing them on new goals. With his installation, Genia Chef does not, like a shaman, simply awaken the spirits of the Yekaterinburg “Dead House,” but he works on the creation of a new hagiography whose place is in the future. The tragic denouement of the lives of the members of the Tsar`s family, the new martyrs, forces us to consider their actions in terms worthy of preservation.

The paintings of Genia Chef are neo-hagiographic images, where the careful meditative technique of execution is the pledge for the faithful transmission of the message, and the preservation of that message for the centuries to come. Here there is no laughter, no mocking, no taunt, so characteristic of contemporary art. Genia Chef does not strive to be in the headlines with scandalous news. His work is subject to the measured rhythm of the attendant bearing witness to dangerous elemental historical forces. It is in accordance with the continuous historical development of icon painting, with its difficult technic-technological process, which aims at preserving the pre-eternal countenances of its subjects.

In the context of the Venice Biennale, the new iconography of Genia Chef suggests a new direction in art, which many famous artists of our day have missed; a direction in which contemporary art will probably develop tomorrow. 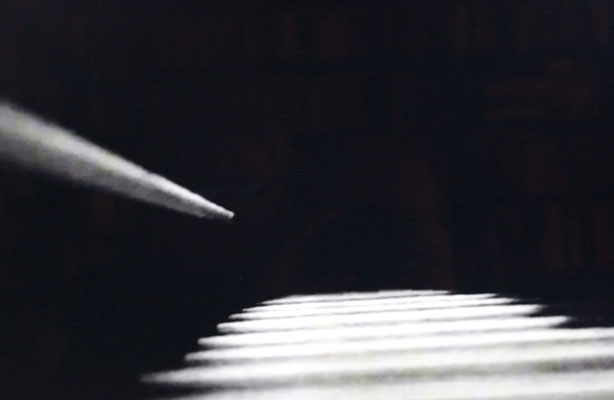 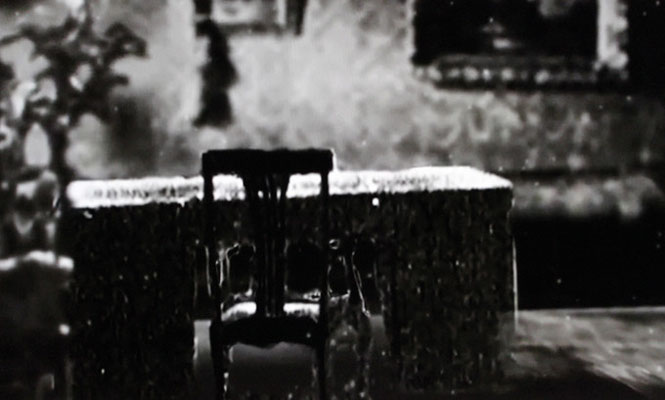 Deutsche Welle TV, Euromaxx. 30.05.2013, report about the exhibition "Personal Structures" at Palazzo Bembo with images of the installation "Dead House" and interview with Genia Chef.